Road Trip with a Dog: Things to Know
Add comment
Share:FacebookTwitterRedditPinterestEmailLinkedIn
Lessons from the Road

Road Trip with a Dog: Things to Know 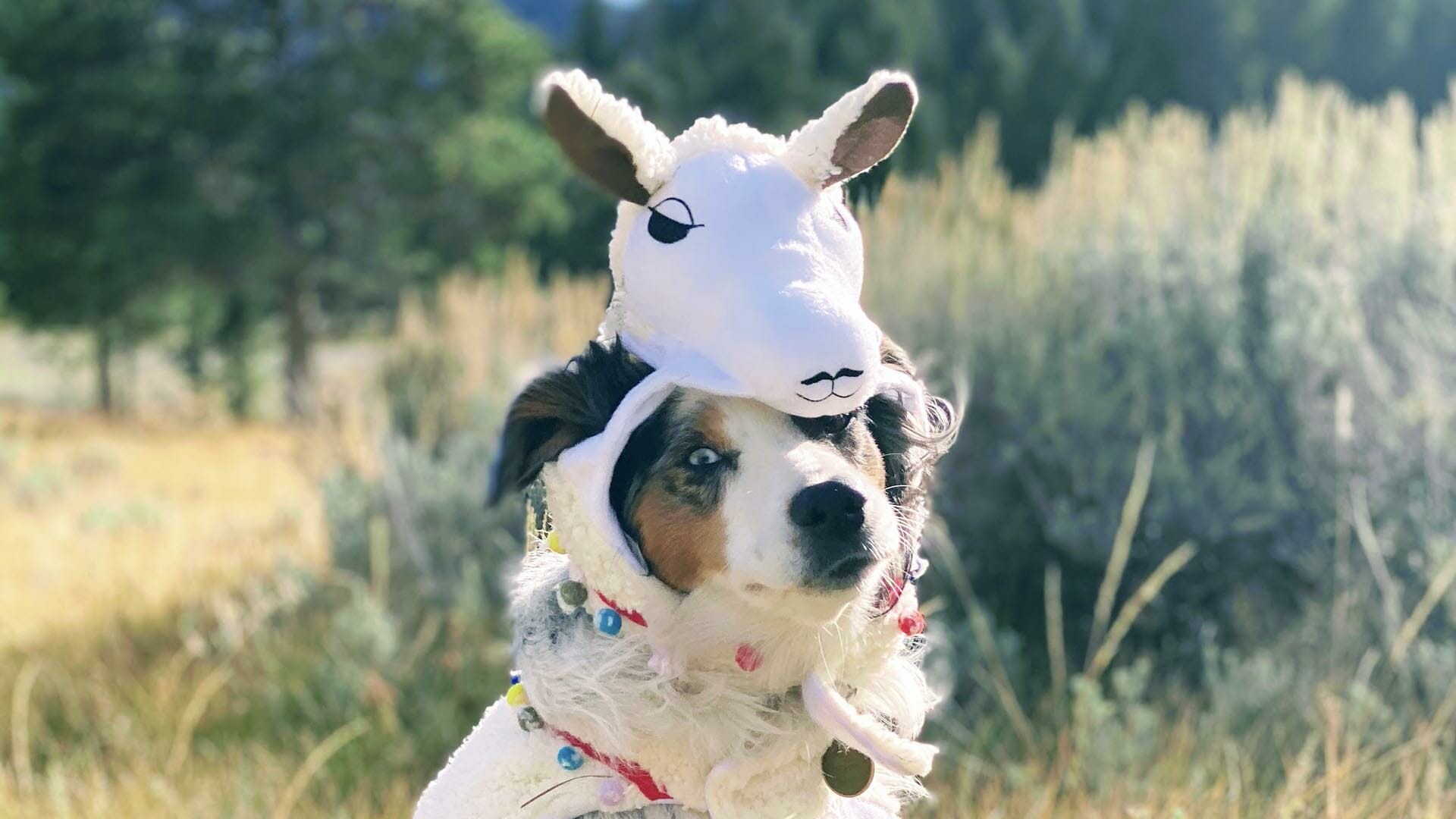 When we first set off to live the vanlife, we assumed it’d be easy to bring a dog along. Auzli (our mini Australian Shepherd), loves the outdoors and listens well to voice commands. We were sure she’d be in heaven in the numerous National Parks in the United States!

Unfortunately, going on a long road trip with a dog is much harder than it may seem. We ran into everything from trouble finding a place to sleep, to trouble with the law.

National and State parks have varying rules regarding dogs. Some will not allow them in at all. Most of them require that all dogs stay on a 6′ (or less) leash.

Worst of all, most parks have heavy restrictions on which trails allow dogs. Many trails exclude dogs entirely in order to protect the local wildlife.

The scent of a dog can change the local animal behavior. Prey animals in particular are very disrupted by the presence of what, to their mind, seems like a wolf.

What we found just as troublesome was how crowded parks tend to be. The camping sites are close together, and it’s hard to escape somewhere undetected to play with a dog.

At the same time, it’s not unusual for other dog owners to disregard the rules. Too often, early in our travels, we had a dog come chasing after us and Azuli while walking around the camp. I wish more dog owners would be aware of just how dangerous this can be. Even if your dog is friendly, it’s easy to trigger turf-wars in such a new and possibly overwhelming environment.

What to Do Instead

National Forests came to our rescue.

They also have the benefit of being free. You can park on any forest service road and overnight there. We came to prefer national forests, wildlife areas, and BLM land for exactly this reason.

There are usually no amenities (water, showers, etc.) But our van build was designed to be off-grid. Every 1-2 weeks we need to fill up the water tanks, and we like stopping by a gym to exercise and shower, but other than that we can live entirely off the beaten path.

There are various apps good for finding such forests, or you can just search in Google Maps.

The Thing about Service Animals

I have a beef with the current state of service animals. Too many people exploit this system to register exaggerated complaints so that they may take their dogs anywhere. This undermines the claims of people who truly require service animals.

Some restaurants and public buildings may let you get away with this, but many are wising up to “emotional support dogs” and other such often-exploited cases. Practically speaking, it would not even be worth it on the road.

Illegal to Leave Dogs in Cars

Some states (or counties), especially in the south, have laws against leaving a dog unattended in a car. This is meant to protect the dog, but in my opinion it tends to backfire.

One time, we were picking up food and came back to the car to find two police officers standing at the window, ready to break it open. I tried to explain to them that there are many fans in the van and it was perfectly cool inside (I pointed at the roof to show them).

Police won’t care about the actual state of the dog. They’ll break open a car and write you a criminal citation.

I asked how they handle Tesla cars with “pet mode,” which keeps the dog cool. They accused me of getting aggressive and threatened me with a criminal citation and a call to animal control.

From that day on, we always put up our windshield covers securely so that nobody can see inside the van.

I got Azuli as a puppy around the same time I purchased the van. She learned from a young age that getting in the van meant going somewhere fun. She also learned to go right to sleep, perhaps due to the rocking and rumbling of the car. For dogs who aren’t so comfortable, a veterinarian may be able to help with nausea medication.

Many outdoor spaces can be dangerous for dogs. There are the obvious concerns like bears, mountain lions, and coyotes. We were caught off guard by just how many ticks there were in Virginia, and now Azuli always wears this flea collar.

Of course, we always bring Azuli’s toys, water bowels, and pet bed along. She even has her own bed space, underneath our bed. 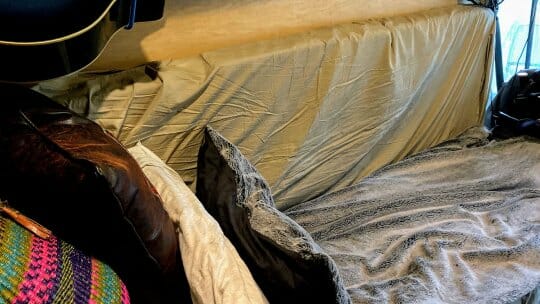 Building a Comfortable Sofa Bed in a Van

In This Post... InspirationPrototype Sofa BedFixes and ImprovementsSeat-Belts and DrawersThe Final ProductVanlife Checklist Most vans I see have a similar layout: the bed at the back, and the kitchen near the sliding door on the side. I don’t... 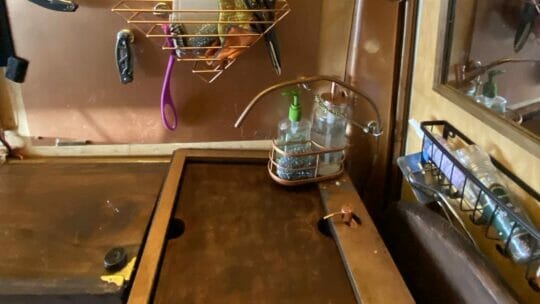 Kitchen Sink, Stove, and Refrigerator in a Van

In This Post... Designing the KitchenCountertops and SinkRefrigeratorStovetopVanlife Checklist Building a kitchen in a van means making trade-offs. Do you really need hot water, or can you just boil some when you need it? Does the faucet need to...